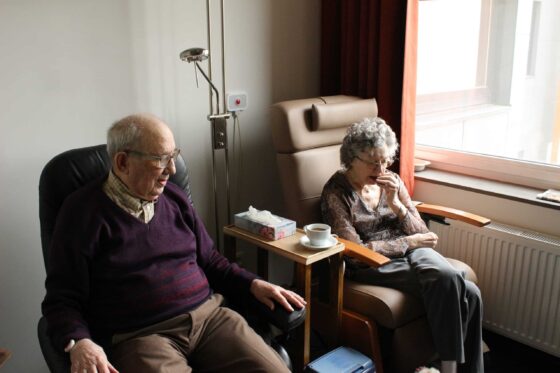 Seniors may be at an increased risk for dehydration than many healthy younger adults. Unfortunately, dehydration can cause confusion, yet confusion may be a contributing factor for dehydration. A variety of factors make these problems of inadequate water levels and confusion more likely in older adults.

Causes of Dehydration in the Elderly

Dehydration, inadequate water in the body, tends to occur more frequently in older populations for a variety of reasons. According to Merck Manual’s reviewed by Dr. James L. Lewis entitled “Dehydration” and the 2nd edition of “Successful Nursing Assistant Care” by Diana Dugan, seniors are at increased risk for dehydration because:

Causes of Dehydration in Seniors

Dehydration is more likely to occur in warmer weather or when an older adult increases activity without increasing fluid intake. Drinking inadequate amounts of fluids is a common risk factor for dehydration in older adults.

Acute illnesses can also increase an older person’s likelihood of becoming dehydrated rather quickly, particularly if the illness produces a fever, vomiting, and/or diarrhea. If an elder develops vomiting and/or diarrhea, he or she may be unable to adequately rehydrate his or her body.

Signs and Symptoms of Dehydration in Older Adults

Dehydration may occur very quickly in elders, particularly those who are frail. Symptoms tend to start mild initially but will become more severe as the body’s water needs increase without being met.

Some symptoms to indicate that a senior may be dehydrated include:

Damage to internal organs, such as the liver, kidneys, and brain can be damaged with severe confusion. Confusion may be a strong indicator that dehydration has progressed to a severe level and can lead to coma.

Dehydration Can Lead to Confusion in Elders

Dehydration, a lack of adequate fluids in the body, is a common problem in aging populations due to a variety of risk factors. Fortunately, dehydration can often be prevented by drinking recommended amounts of fluids for a person’s age, activity, and environmental conditions.

Early warning signs of dehydration might be missed or not noticed in an elderly person until he or she becomes confused. Many people assume that confusion is a normal change of aging. New or increased confusion in an older adult warrants an assessment by a healthcare professional. Many causes of sudden confusion are reversible with prompt and appropriate treatment.

This article is for informational purposes only and should not be considered medical advice. Want more helpful senior living advice?