How Long Does It Take for Water To Evaporate?

Home  »  Information   »   How Long Does It Take for Water To Evaporate?

Do you ever wonder how long it takes for water to evaporate? Maybe you’re curious about what happens when you leave a glass of water in the sun. Or perhaps you’re just interested in learning more about the science behind evaporation.

Whatever your reason, this blog post is for you! We’ll explore all the different factors that affect how long it takes for water to evaporate and provide some helpful tips on what to do if your glass of water seems to be taking forever! 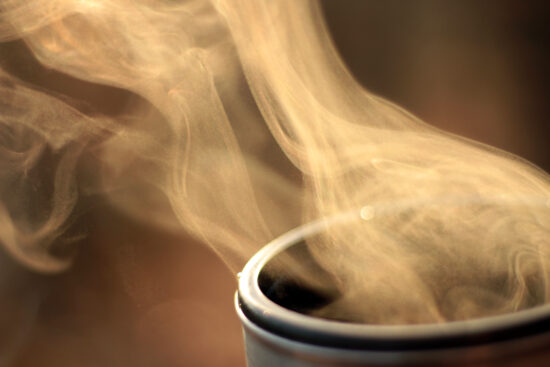 The Basics: What is Evaporation and How Does it Work?

Evaporation is the process of a liquid turning into a gas. It is a natural phenomenon that occurs when water molecules escape from the surface of a liquid and enter the atmosphere as water vapor. The molecules escape because they have enough energy to break the bonds that hold them together.

The amount of energy required to break these bonds is known as the heat of vaporization and depends on the type of liquid. Once the molecules are in the atmosphere, they can travel long distances until they condense and form clouds or fall back to Earth as precipitation.

Generally, the time it takes for a water molecule to evaporate, enter the atmosphere, and then leave it is around 8-9 days, with an average of 1.2 hours for the water to evaporate fully.

However, many factors, such as temperature, wind, humidity, and pressure, can influence the evaporation rate. Therefore, it is important to consider these variables to understand how long it takes for a liquid to vaporize.

Evaporation is a natural process that requires certain conditions to occur. For water to evaporate, it needs the right temperature, pressure, and humidity.

Wind plays a major role in the rate of evaporation. When the wind blows, it increases turbulence in the air and increases air movement. This helps to speed up the evaporation rate of water, as the air carries away the water molecules more quickly.

Pressure’s Effect on the Speed of Evaporation

The pressure of the atmosphere also affects the speed of evaporation. Generally, the higher the air pressure, the slower the evaporation rate. This is because the molecules of water are pressed closer together by the increased atmospheric pressure, allowing fewer water molecules to escape and evaporate into the air.

Humidity’s Role in Determining the Rate of Water Vaporization

Thus, lower humidity will result in faster evaporation. It is important to note that humidity levels can vary greatly depending on location and time of day, so it is best to pay attention to the local weather and adjust accordingly.

These factors – temperature, wind, pressure, and humidity – all work together to determine how quickly a liquid will turn into a gas. Understanding these conditions can help us predict how different long liquids take to evaporate and plan accordingly.

Evaporation and Boiling Point: The Difference Between Them

Evaporation and boiling point are two physical processes when a liquid turns into a gas.

Evaporation is a process in which liquid molecules are converted into vapor and occurs at temperatures lower than the boiling point.

Evaporation occurs more quickly than boiling because only the surface molecules of a liquid need to increase in temperature to evaporate. Conversely, boiling requires raising the temperature of all molecules in the liquid to the boiling point.

This is because the water in a marine environment is denser than the air surrounding it, which means that the air cannot absorb as many molecules of water as it would in a desert or land environment. Additionally, marine environments tend to have higher humidity levels, which further slows water evaporation down.

When it comes to speeding up the evaporation process, several techniques can be used. These include using a fan to increase air circulation and reduce humidity, using a dehumidifier or air conditioner to reduce the humidity of the air, or using a heat source such as a heater or stove top to increase the temperature of the air.

In conclusion, the rate of evaporation depends on the conditions of the environment and the type of surface the water is on. Temperature, humidity, wind, and pressure all play a role in how long a water molecule can evaporate.

The average time a water molecule spends in the atmosphere is 8-9 days, and it takes 1-2 hours to evaporate fully. Water in a tall container with a small top surface takes much longer to evaporate than water in a large, shallow container.

Most of the water that evaporates from the oceans falls back into the oceans as precipitation. By understanding the conditions needed for water evaporation, we can use different techniques to quicken up the process.