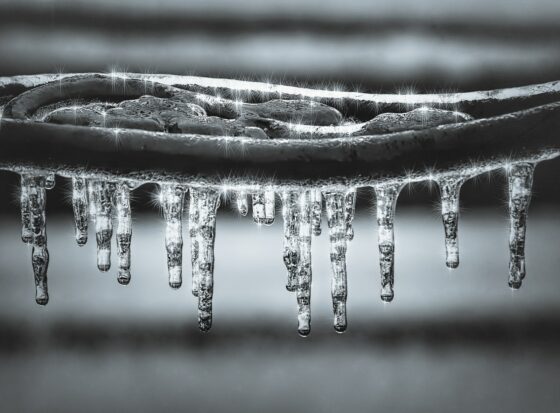 Ice melts by absorbing heat, also known as energy. When we place an ice cube in the living room, it begins to absorb heat and melt. I was curious how long it would take to melt an average-sized ice cube.

How long does an ice cube take to melt?

Keep in mind that these are simply averages and estimates, and how long it will take depends on a variety of factors, which are stated below.

The results may vary depending on a variety of circumstances, however based on the calculations performed and tested in practice, they are pretty near to those timings. The time it takes to melt the ice is determined by how quickly you can add heat and how quickly the ice cube absorbs heat.

The following are the primary factors that influence how quickly an ice cube melts:

Let’s look at some intriguing instances of how quickly an ice cube melts under various situations.

How long does it take for a block of ice to melt at room temperature?

Heat or energy aids in the melting of ice. If you leave an ice cube in any area in your house, it will begin to melt due to heat absorption. The length of time it takes for an ice cube to melt depends on its size. Different sized ice cubes take different amounts of time to melt.

However, all of these timeframes are only averages and estimates. A few other factors influence the time it takes to melt an ice cube. However, after some computations, it becomes clear that the ice cube at the specified temperature will take that long. However, the period can vary depending on how rapidly you add heat and how quickly the cube can absorb it.

How long does an ice cube take to melt in cold water?

It would take roughly 15-20 minutes to melt a 1 inch ice cube in a cup of cold water. It would melt in 5-10 minutes in room temperature water.

When I tried it myself, it took 17 minutes. The time it takes an ice cube to melt in cold water is determined by the ice temperature, ice volume, water temperature, and water volume.

Melting an ice cube may be entertaining; try adding some salt or sugar to the water to see how that affects the time it takes.

How long does an ice cube take to melt in boiling water?

I put this to the test multiple times.

It took 45 seconds for a 1 inch ice cube to melt in a normal cup of 8 ounces (240ml) filled with boiling water.

The amount of time it takes for an ice cube to melt in boiling water is substantially determined by the temperature of the boiling water. If you attempted it right now, we’d probably get the same results.

How many ice cubes are required to cool water?

This is the number of ice cubes required to chill water to a specific temperature, indicating that this amount is enough. Of course, if it’s a hot summer day, we’ll add as many ice cubes as we can to keep our beverages cool. What’s the harm?

How long does it take for an ice bag to melt?

At a room temperature of 73°F (23°C), a 3lb (1.5kg) bag of ice will melt in around 5-7 hours. This will be determined by a variety of factors, including the ambient temperature, the form of the ice, and whether the ice is within or outside the bag.

How long does a gallon of ice take to melt?

If the ice is inside a gallon container at room temperature, it will take 12-15 hours or longer. It would take roughly 6-8 hours if it was outside of the container, depending on a few things.

Is it true that ice melts on metal?

Why does ice melt more quickly on metal than on plastic? Because metal is a superior conductor than plastic, energy moves more quickly through it. This is why the ice on the metal block melted faster.

How long does it take for your hands to melt an ice cube?

With a few common household items, you can do a fun hands-on experiment that is a terrific way to learn about science. This will take around 30-40 minutes in total. What you’ll need is as follows: Two identically sized tiny ice cubes

How long does it take an ice cube on aluminum foil to melt?

According to a recent research, most of the time, all you need is a wrap of aluminum foil to protect your ice from melting without the need of a freezer or a cooler. Wrapping ice with aluminum foil will extend its life by more than four hours.

Is it true that ice containing salt melts faster?

When you add salt, it dissolves in the ice cube’s water. Salt water freezes at a lower temperature than freshwater, which freezes at 32 degrees F. This causes the salt-coated ice to melt faster.

How long does it take an ice cube in the fridge to melt?

It is determined by the size of the ice, the temperature of the refrigerator, the pace of flow of the air surrounding the ice, and the ice’s closeness to other surfaces. However, an ice cube in the fridge may take up to 12 hours to completely melt.

Is it faster for ice to melt on metal or wood?

Is it faster for ice to melt on metal or wood?

Why does ice melt differently in air and water?

Assuming that the air and water are at the same temperature, ice melts faster in water. This is due to the fact that water molecules are more closely packed than air molecules, allowing for more contact with the ice and a faster rate of heat transmission. When ice is in a liquid, its active surface area is greater than when it is surrounded by a gas. Water has a larger heat capacity than air, implying that the two materials’ chemical compositions are also important.

The melting of ice is complicated by a number of factors. The surface area of ice melting in air and ice melting in water is initially equal, but when the ice melts in air, a thin layer of water forms. This layer absorbs part of the heat from the air and serves as a minor insulator for the remaining ice.

Other factors may also come into play: if air is flowing over the ice cube, the enhanced circulation may cause the ice to melt faster in air than in water. If the temperatures of the air and water differ, the ice may melt faster in the higher-temperature medium.

Is there any ice cube that melts faster than others?

There is no special ice that melts faster, but there are a few methods. At a given temperature, two similar-sized cubes will dissolve entirely at the same moment. There are a few various sizes and styles of ice cubes for cocktails and whiskey. As a result, each ice cube will take longer to melt in the liquor.

Here are a few methods for melting ice faster:

Which ice cube will melt the most quickly?

If we take two ice cubes that are quite comparable in density and temperature, the ice cube with the biggest surface area will melt the fastest.

Many good ice cube producers can produce attractive ice cubes of various sizes and surface areas, such as this one for whiskey and cocktail ice cubes or this one for crystal-clear ice cubes. Try one and put it to the test.

When one ice cube melts quicker than the other, these cool parameters determine:

Putting salt or sugar on an ice cube can cause it to melt faster.
The addition of foreign material to ice, such as salt or chemical particles, causes the ice cubes to melt quicker. Because the air surrounding it is warmer than 32°F, the ice cube with salt melts faster.
When you add salt, it dissolves in the ice cube’s water. Because salt water freezes at a lower temperature than freshwater, it is used to melt ice on sidewalks and streets.

Here we can observe how various things effect ice melting, with salt melting it the fastest of the five.

However, other compounds, such as calcium chloride, magnesium chloride, or glycol, can aid in the melting of an ice cube, as demonstrated in my blog post on the best ice melt. More on it in my next piece about melting ice.

If you put an ice cube in a bigger cup of hot water, it will melt faster.

If you tried to melt ice in a cup of hot water, it would melt quicker as the cup size increased. This is due to a greater volume of hot water to absorb energy from. If you place a huge block in a cup, it will cool down the water and have very little energy to absorb. Cold water, as we all know, contains less energy than warm water.

A cube of ice may be used for a variety of interesting experiments. Feel free to play with the melting time and the elements that influence it the most, but remember to always be safe while doing so.