Written by Jay in Categories Guide 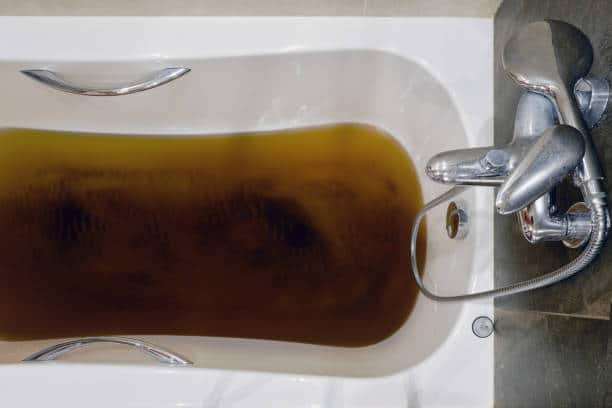 Nothing is more unhygienic than a shower that overflows with water from a bathtub that won’t drain. As a result, all the grime, bacteria, and soap scum you have worked so hard to remove are left to rot. Likewise, a bathtub drain that isn’t working properly can leave standing water, quickly making your tub filthy and unpleasant.

How to deal with a blocked bathtub

A fix can clear your blockage, no matter what the cause. Here are some easy solutions you may attempt before hiring a plumber if your bathtub won’t drain.

Use a container and protective gloves to remove your tub’s standing water. Next, remove the drain stopper, then use your fingers to remove any visible hair, soap scum, or other debris from the drain. Additionally, clear the drain cover of any hair or debris.

Flush the drain with boiling water

Hot water is typically used to melt grease, remove soap residue, and clean other obstructions. Boil around two liters of water, then pour it down the drain after clearing any obvious blockages. Don’t do this if you have PVC (plastic) pipes since the hot water can damage them.

This potent home remedy combination can remove stains in addition to clearing drains. After adding half a cup of white vinegar, add half a cup of baking soda to the drain. 2 liters of boiling water should be poured down the drain after waiting about 15 minutes for the fizzing to stop.

Try plunging your drain if hot water, baking soda, and vinegar don’t clear the blockage. First, place the plunger over the drain after adding roughly half a bucket of water to the tub. Then, push it down and pull it up several times in quick succession. If the method is effective, hair and other debris will be pulled up from the drain. Plunge a couple more times if the water doesn’t drain.

A plumbing snake or auger aims to reach down far into your drain and remove any clogs. In a nearby hardware store, you can purchase or lease an auger.

Using pliers or a screwdriver, remove the drain stopper, then carefully lower the cable into the drain. As far as you can, insert the drain snake before encountering resistance.

Twist it to grip the obstruction, then remove it. Till all the muck has been removed, carry out the process repeatedly. Then, run the tub’s water again to see if the problem has been fixed.

Strong chemical cleansers are widely accessible at hardware stores and supermarkets and are made to unclog drains. Pay close attention to the directions on the label or package.

How to use chemicals to unclog a shower drain

Note: You should not handle chemicals carelessly. They can damage your drainage pipes, particularly if you use them often.

Typical causes for your bathtub not draining

The major cause of shower and tub drainage issues is probably this. Your hair occasionally finds its way down the drain.

If a hair blockage is the cause of your problem, you’ll probably notice a slower outflow. The drain will eventually get progressively slower until it becomes clear that something is obstructing it.

The buildup of dirt and grease

This one doesn’t happen as frequently, but it still may.

Getting rid of the oil and dirt collected during the day is one reason to take a bath. However, some of the dirt you must wash off your body after a long day of labor can remain in the drain line.

We don’t want to spend too much time on this. But in actuality, you can find that a septic system backlog is an issue if your tub isn’t draining properly or if water is backing up into your tub.

Water flow might be obstructed by soap buildup in your drain line, which can cause the drain to run more slowly.

How to prevent a clogged bathtub in the future

As a general rule, prevention is always preferable to treatment, so after your drainage issues have been fixed, remember to take steps to reduce the likelihood of your bathtub drain clogged once more. In addition, what follows should be noted.

Use dissolvable bath products, take off your makeup before taking a bath, clean your pipes, and install a hair catcher to prevent blockages in the future.