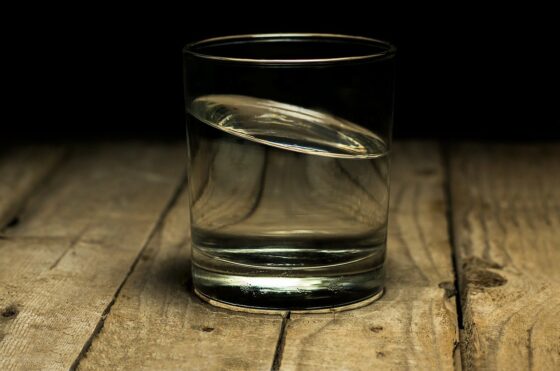 Mom always tells her kids to drink more water. The doctor says it too. Why is drinking water so important?

The Benefits of Drinking Water Every Day

Never mind the fact that a person’s body is literally 70 to 75 percent water. It’s true that human beings should replace the water they expend every day, no matter how they’ve lost it. It’s more than just replacing lost water, though. Drinking water is essential to people, not simply drinking liquids. Why is water so important to drink?

According to WebMD, researchers have recently concluded that drinking any fluids, carbonated or not, caffeinated or not, satisfy a person’s thirst. For simple hydration purposes, any fluid is good to drink.

So why should people consider making at least some of their daily fluid intake pure water? Disabled World Disability and Health News goes so far as to call water “the most ancient and potent natural detox aid ever known.” While other fluids might help, they too must be filtered through the body’s kidneys. Water, though, is pure and helps the body clean out toxins instead of adding to the problem.

Water Replenishes Fluids Throughout the Day

WebMD also states that the guideline of eight glasses a day is not necessarily a hard-and-fast rule; rather, people should drink when they’re thirsty. So why do people get thirsty? It’s the body’s way of telling a person that she needs to replenish fluids.

Like any animal, human beings must replenish fluids throughout the day. If they don’t, they may become dehydrated. Dehydration can lead to dizziness, fainting, and possibly even death. It’s important to rehydrate during the day, and water is an ideal beverage for that purpose.

Chronic dehydration is common. Early symptoms are subtle – fatigue, headache, lack of energy, yawning and hunger. Even a 2% drop in body water can trigger fuzzy short-term memory, difficulty with thinking and focusing. Chronic dehydration can cause impaired memory, agitation and confusion – symptoms similar to Alzheimer’s disease. Elderly people are often dehydrated and may be wrongly diagnosed

Even mild dehydration slows down metabolism. It’s important for obese people to know that dehydration can also manifest as hunger.

Mild dehydration is a common cause of fatigue which is a problem on our roads. It:

Water is Perfect for Rehydrating When Sick or Exercising

Everyone has likely heard by now that drinking water is important when exercising. Why? Because when a person exerts himself physically, he often loses lots of fluids through perspiration. Drinking water is a fast, simple way to rehydrate the fluids the body loses through physical exertion.

It’s also likely that most people have heard from their doctor to drink lots of water when ill. Part of the reason physicians emphasize drinking fluids when a person is ill is that running fevers cause people to lose fluids more quickly than usual. Vomiting and diarrhea also cause fluid loss. While it’s important to constantly stay hydrated, it’s even more urgent to do so when ill. The body already has enough to do when one is sick.

Exploring the Benefits of Drinking Water and Staying Hydrated

Research shows that drinking the right amount of water can have many benefits. In some cases, doing this can prevent problems and relieve existing ones.

The human body is constantly losing water. In one day, the average person will lose two to four cups of water for breathing, two cups for sweating and as much as six cups for urination, according to an article at ShapeFit.com called “Benefits of Water.”

Even though someone needs to have lost about 10% of their body weight in liquids to be considered dehydrated, even losing 2% can affect his or her quality of life. Staying well hydrated can help relieve or prevent problems such as pain in the lower back and joints, brain damage and unhealthy skin.

Adequate water intake helps prevent lower back and joint pain by keeping the discs that support the spinal column healthy. Dehydration can cause damage to the discs and result in pain.

Water helps the brain by preventing damage to blood vessels, which could otherwise lead to problems such as Alzheimer’s disease. Skin repair is decreased by dehydration, which leads to dry skin and earlier wrinkles.

You will be amazed of the benefits of drinking water as follow:

Can you see the importance of water to your body after understanding the above benefits of drinking water?

If unflavored water from the tap seems too boring for drinking eight glasses of it every day, lemon water has been proven to be a healthy substitute.” A lemon’s typical repertoire consists of vitamin C, vitamin B, riboflavin., calcium and magnesium; but other benefits from adding lemon juice to water include relief from digestive problems, better care for gums, fever reduction and relief from throat infections.

Lemon juice helps with digestive problems by reducing heartburn, nausea, bloating and burping, according to the article. It helps the stomach with digestion by allowing the liver to better produce bile. Putting lemon juice on sore gums can relieve pain and bleeding, and it can also reduce the bad breath that comes with gum problems. Lemon juice helps with reducing fevers because it aids in perspiration. It relieves throat infections because of its antibacterial properties.

How to Stay Hydrated

We suggests some ways to increase water intake. Here are a few of the suggestions:

The human body is between 55 and 78% water. The average human brain is 90% water and blood is 83% water. It aids in basic metabolic processes by acting as a solvent and transporter for the fats, carbohydrates, proteins and minerals that make up the cells. Because of these facts and other reasons, drinking enough water ensures the possibility of maintaining or improving one’s quality of life.

Water is Important to a Person’s Body

While other beverages might not hurt a person, water is the ideal drink. It’s inexpensive and calorie free. It aids in cleansing toxins from the body and replenishes lost fluids. Considering a human being is largely made up of water, it makes sense to drink a few glasses throughout the day to maintain good health.